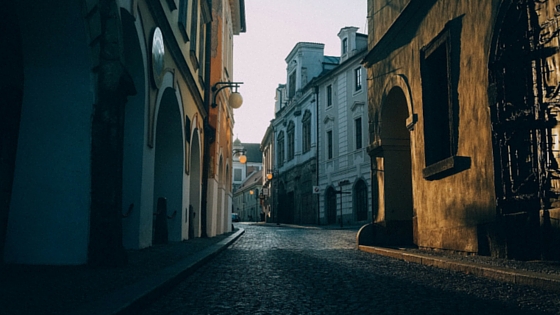 I caught the travel bug when I was in college.

My parents, who would definitely say they are not hipsters, carted their three children around the Pacific Northwest on family vacations in what is now considered a very cool Airstream trailer. But I had never been outside North America until college.

I decided to visit Europe the summer after my junior year in college but since I didn’t know anything about how to do it, I looked into taking summer courses in London, a safe choice given the language. When my lifelong friend, Dave, told me his older brother had spent the previous summer traveling around Europe using a Eurail Pass and staying in youth hostels (I had never heard of either), it sounded great to me. I skipped looking into schools in London, scrapped plans for summer work, and got a passport.

Unfortunately, that spring Dave let me know he didn’t have the money to join me. I was stuck with no alternative plans so I decided to go on my own. I remember sitting on the plane to Amsterdam with a Eurail pass, a Let’s Go Europe guidebook, an International Youth Hostel membership, and a return ticket exactly nine weeks into the future, wondering what I had gotten myself into.

My first day in Amsterdam I followed some hotel hawker to a private hostel in the center of the city and watched with wide eyes as a young girl complained with the staff that “My backpack just got stolen from my room. It was chained to the bed but they must have taken apart the bed to take everything I had.” Another young American rushed in saying “Someone just tried to take my camera from around my neck!”

I departed Amsterdam early the next morning for the much safer climate of Karlsruhe, Germany, where my aunt, uncle, and cousin lived. I spent a very nice week there but knew I needed to experience the remaining eight weeks of my trip on my own.

To reduce a long story with probably too many memory lapses to a reasonable size, I ended up traveling throughout Europe that summer, often with other travelers, but always on my own. I spent the Fourth of July alone on a train across Greece, hitchhiked through Turkey using semi-trailers, spent a week on Cyprus living for free in return for acting like that same hotel hawker who greeted me in Amsterdam, and generally prying my eyes open to the wonder, hardships, sights, sounds, and smells of the world.

I would add a photo of myself that summer but I remember even back then prescribing to the theory of “why look back on travel memories when I can instead look forward to the next one?”

It was a hard nine weeks but I was hooked, bitten by the travel bug. I realized if I could waltz into Paris or Berlin or Rome without any plans, I could travel anywhere and not only survive, but thrive. Since that time I have always tried to prioritize travel and adventure in my life, taking off three months every time I changed a job, went back to school, or had any other opportunity to do so.

I realize I am one of the lucky ones who has been able to match my work so closely with my loves. But, the founding of Zephyr Adventures is another story.