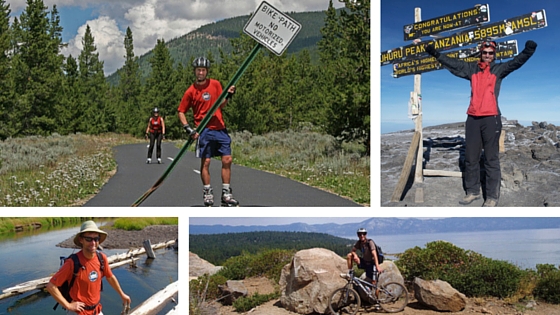 I am lucky enough to have a graduate degree in Entrepreneurial Management, which certainly helped me in creating Zephyr Adventures.

But this story is not about creating your own company. It is about finding a career you love.

I learned a valuable tool from some forgotten professor in one of my entrepreneurship courses. He or she told the class to write down what made us happy on a daily business. This was over 20 years ago but I remember exactly the five things I wrote down:

I worked for four years after getting my MBA, often thinking about potential businesses to create that would have me doing at least some of these five activities. I was living and working in Poland, and considered starting a Subway-style sandwich stop or an REI-style outdoor gear shop there. Both would likely have been successful. Neither met my needs exactly.

I recall a second valuable lesson from another entrepreneurship professor. This person (I remember it was a man) told us to put ourselves in the “corridor of opportunities” by engaging in the things we loved to do. By doing this, he suggested we would come across various ideas and one might jump out as something to pursue.

I did that by signing up for my

first-ever group tour, a biking and camping tour in Provence, France with Backroads. I was young, outgoing, and fit and I remember my fellow travelers telling me I should apply to be a bike guide. I notched that away, as I knew I would rather start a tour company but couldn’t think of a good way to enter the market.

It was after my company moved me from Poland to Minneapolis that things started progressing. I was amazed in moving back from Europe to the US how many people were inline skating (rollerblading). I, again, put myself in the “corridor of opportunities” by purchasing new skates, joining the local skate club, and starting a Friday Night Skate in downtown Minneapolis.

But it wasn’t until a good friend in the skating industry asked me to review a draft business plan for a new chain of skate specialty retail stores that I understood how big that industry had become. I panned his idea (you don’t want to compete against big box retailers) and told my friend he should start an inline skating tour company. He declined, so I did.

That first iteration of Zephyr Adventures – called Zephyr Inline Skate Tours – met most of my criteria: travel vacations in foreign countries that were active and encourage amazing group bonding. As Zephyr evolved, I was even able to add in the fifth element: wine drinking.

So when people come to me and ask how I got into a business doing something I love, I recommend they do those same two things I learned from my professors: Write down what you love to do and put yourself in that “corridor of opportunities” so you are faced with experiences and ideas that get you where you want to go.

6 thoughts on “Finding a Career You Love: Starting Zephyr Adventures”