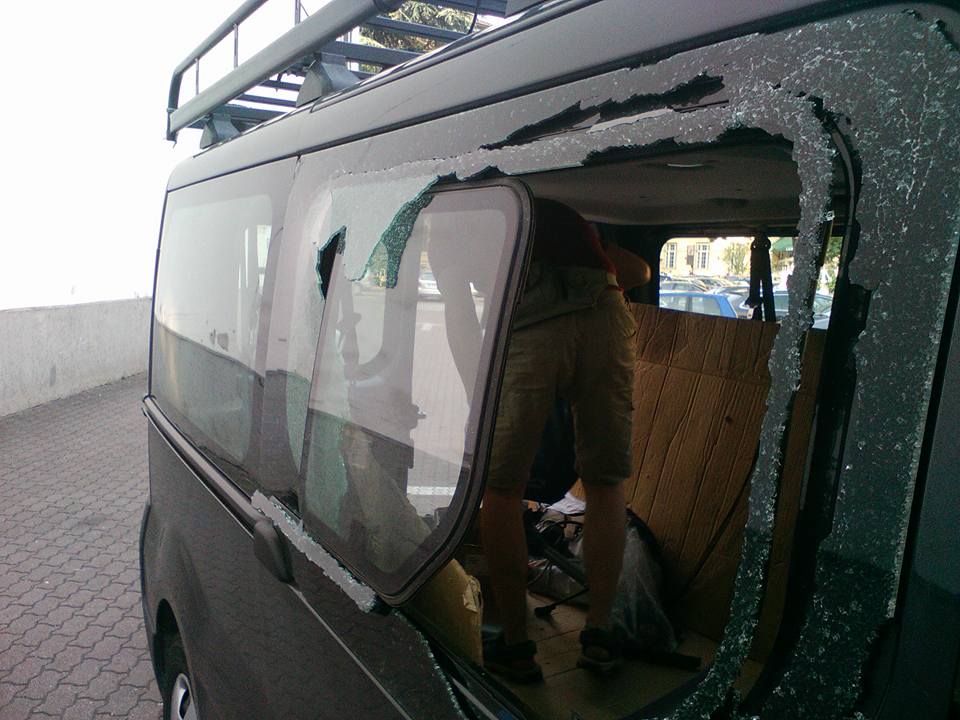 I am known for being calm, cool and collected. That is a reputation I relish and do my best to uphold, particularly when guiding trips. However, there have been more than a handful of moments during my 17 years with Zephyr when things have gone south and I have momentarily entered panic mode.

ming list to one of the two hotels we were using on the trip and they said, “July 18 and 19? We had you down for August 18 & 19! Sorry, we are sold out in July, just like everyone else in the area – it’s our busiest month here.” (We were able to add nights at our second hotel and it actually turned out better that we didn’t have to switch hotels in the middle of the trip.)

Or in Minnesota last summer when the morning the trip began and we went to pick up our two large passenger vans. We showed up at Enterprise and despite confirming our reservation several times in the eight months since I had made the reservation, were told that there was a national volleyball tournament being held in Minneapolis and every van within a five-state area was booked. Never mind my confirmation numbers! (As the clock ticked toward the time we were picking up all our travelers, they came up with one large van for us that *just* fit everyone in and a second cargo van that we used for luggage. Phew!)

Or on our first Colorado Beer Adventure. We planned the entire trip around the dates of the Great American Beer Festival so the trip ended with a visit to the Festival in Denver. The day the tickets went on sale, I logged on to buy some only to find they had completely sold out! Thousands of tickets in the first hour, scooped up by people who intended to sell them for higher prices! (The GABF has subsequently changed their sales process by limiting the number of tickets one individual can purchase.)

Or the time our support van got broken into in Italy (see image at the top of the post). When I went to get it out of the parking lot right before we were going to use it to shuttle people to the start of our bike ride, I found it with its large side window smashed in and there was glass everywhere, making it unusable. (Lucky for us, the train also went to where we were going to start our bike ride so I took everyone to the station and we all piled on the train with our bikes. Gotta love a country with such awesome public transportation options!)

And I will never live down the time last summer I sent out a last-minute email reminder to everyone booked on our Tahoe trip, the morning I was flying out, warning them

about the 100-degree plus days we were going to have to endure on our trip. Who knew there were two Squaw Valleys in California? (Fortunately, somebody better at geography than I pointed out my error in time for everyone (except me – I was already en route) to pack warm clothes for those cool mountain evenings. The Squaw Valley we went to had perfectly wonderful 70ish-degree weather during our trip.

And that one time in the office when our mail merge didn’t work quite right and the email that was supposed to start out with “Dear <First Name>” instead went out to everyone with “Dear Sonya” at the top. Ironically, we got such a good response from this email that we always joke that we will do this again…on purpose. One person said he felt very exotic being addressed as Sonya.

The best-laid plans always are susceptible to changing without notice and I have learned to expect the unexpected. The moral of the story is that it almost always works out just fine. As we like to say at Zephyr, “it’s all part of the adventure!”