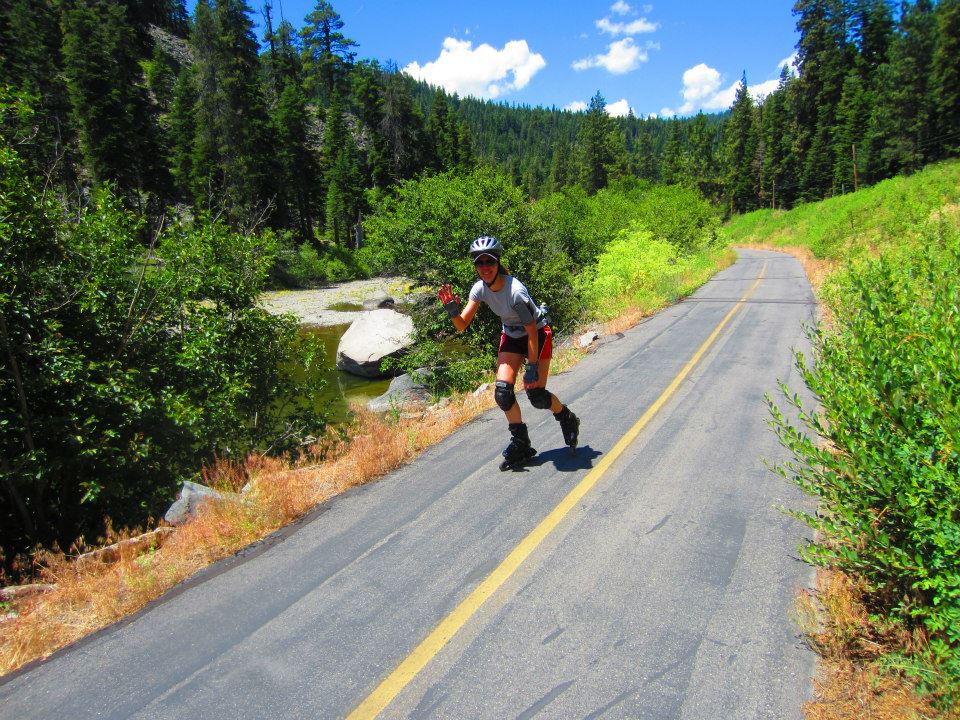 Is inline skating making a comeback? Zephyr Adventures launched during the sport’s heyday in 1997 as the world’s first inline skating tour company.  According to the Sporting Goods Manufacturers Association (SGMA), twenty-two million people glided along on their inline skates at least once in 2000, which is five million more than played baseball (America’s favorite pastime!) Since then, we’ve seen a sizable and swift decline in the public’s interest in skating. This became a major driver in Zephyr’s decision to expand our offerings and add a variety of different activities to our tours over the years.
This past year has shown a spark of hope for the revival of our beloved sport though.  We ran two  skate tours this summer: the Tahoe Skating & Multisport Adventure and the Idaho Skating Adventure. Both sold out quickly and had waiting lists!

Though we have grown to love the biking, hiking, and multisport tours, we’re excited to see a surge in interest of inline skating again.  We’ve even increased the number of skate tours we’ll be offering in 2016 to three:

We already have a good number of bookings and are expecting to fill all of these tours within the coming months.  If you’re a skater, don’t hesitate.  Book now to reserve your spot before it’s too late.
Hope to see you out on the trail!