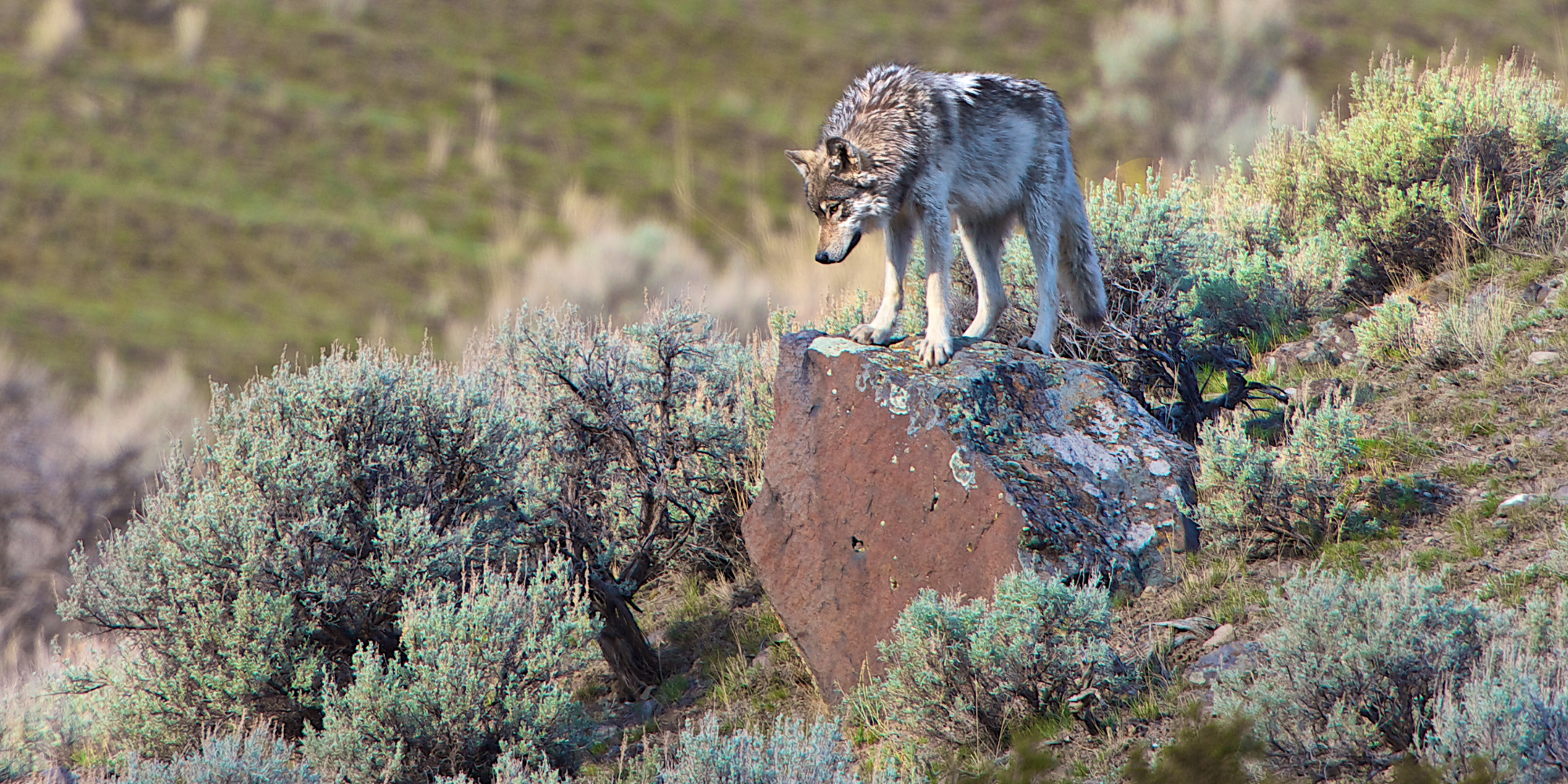 The gray wolf is a major predator that had been missing from the Greater Yellowstone Ecosystem for decades until its restoration in 1995. The reintroduction of wolves to Yellowstone National Park has been the single most amazing event regarding National Parks in our lifetime. The wolves have had an impact on everything, not just the prey animals they go after, but almost every single species in the park.

Today, it is difficult for many people to understand why early park managers would have participated in the extermination of wolves. Especially since the Yellowstone National Park Act of 1872 stated that it would protect against the wanton destruction of the fish and game found within the Park. But it was during a time when people, including many biologists, did not understand the greater concept of ecosystems and the interconnectedness of species. The wolves’ routine of killing prey species was considered wanton destruction of the animals. According to the National Park Service, “between 1914 and 1926, at least 136 wolves were killed in the park; by the 1940s, wolf packs were rarely reported. By the mid-1900s, wolves had been almost entirely eliminated from the 48 states.”

This is why the restoration of the Yellowstone wolf population is such a momentous occurrence. They were essentially non-existent in the Greater Yellowstone Area and have made an incredible comeback that has impacted everything around them!

We highly encourage you to get off the pavement and into the wilderness to experience the Yellowstone wolves for yourself with one of our wolf experts. You’ll find out firsthand how fascinating and engaging these controversial animals can be.

Join us on one of our upcoming Yellowstone Wolf Adventures in partnership with our sister company, Travel Montana.