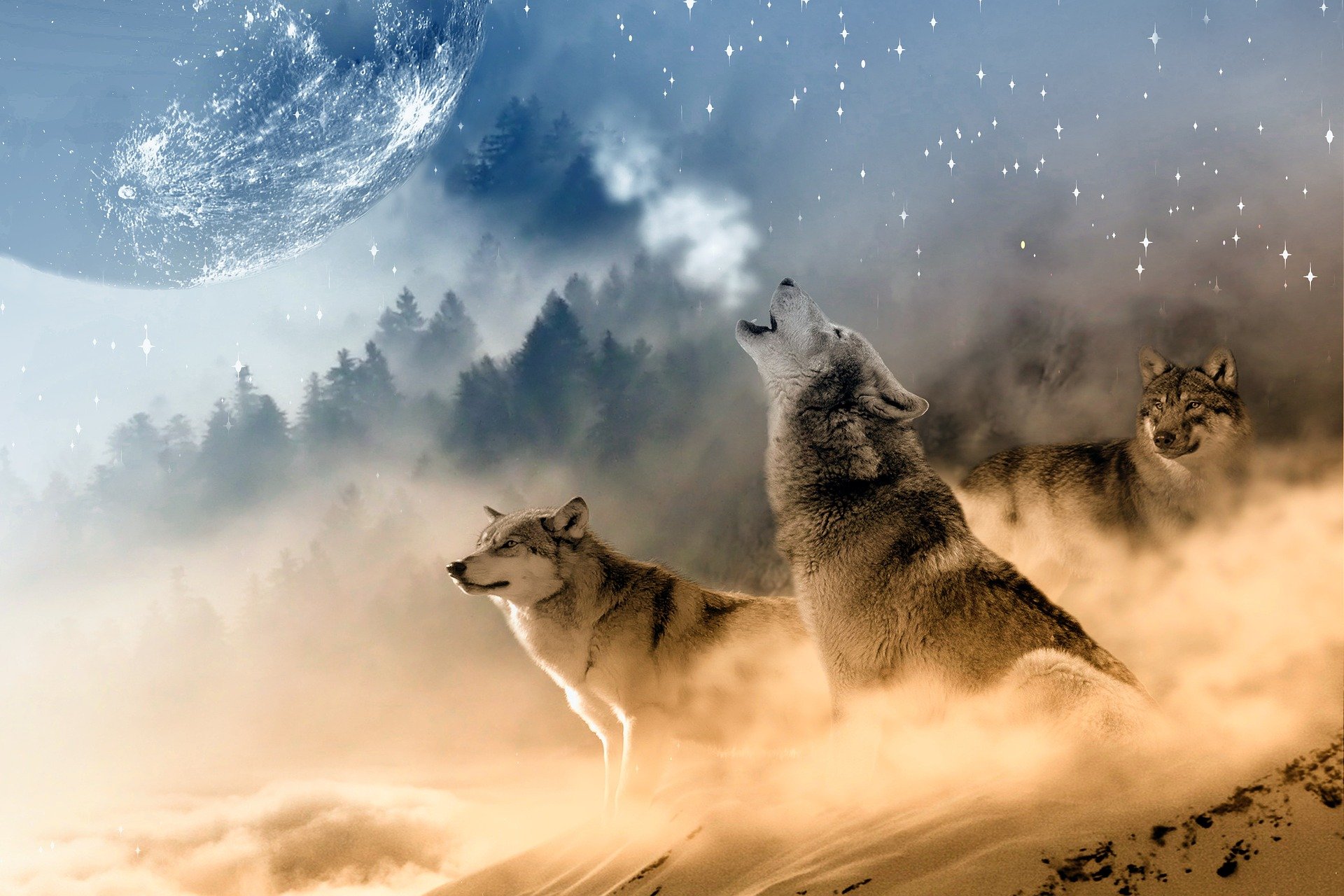 Watching the wolves of Yellowstone has become one of the premier activities of our nation’s first and many call best national park.

The gray wolf was eradicated from the entire Rocky Mountains region in the early 1900s, with the last wolf in Yellowstone killed in 1926. At the time, wolves were considered pests and a threat to livestock.

Luckily, views of ecologists, politicians, and the general public changed over the ensuing decades and in 1995 fourteen wolves were released in Yellowstone. We believe this was one of the most momentous events in the entire National Park Service since its founding.

The simple act of freeing the wolves belies the incredible struggle that led to that point. However, it is really what happened afterward that is so momentous:

This top-down impact on species is called a “trophic cascade” and Yellowstone is the preeminent example worldwide of what happens when an apex predator is reintroduced into the wild.

Watching The Wolves of Yellowstone

As amazing as the effect of wolves on the entire environment has been, even more apparent has been the effect on humans. Yellowstone is now considered the best place in the world to view and study wild wolves.

In the northern part of the park, the Lamar Valley runs from east to west and offers open grasslands and fresh water that attract ungulates, or hoofed animals including bison, elk, and deer. This is especially true during the winter months when snowfall in the nearby mountains makes travel – and survival – difficult for these species.

Where go the prey animals go the wolves and the Lamar Valley is thus one of the premier location for wolves in the park. What makes this area unique for wolf watching is that the Lamar Valley has a road down the entire length that is plowed all winter long.

The effect is that the Lamar is one of the best places in the world to see wolves. (For more on how to view the wolves of Yellowstone, see our post on this in our sister Travel Montana website.)

The Effect on You

These two phenomena – the trophic cascade effect and the amazing wolf watching opportunities in the park – combine to create an impact on millions of visitors to the park.

Wolves have created emotional responses in we humans for hundreds of years, from horror tales about wolves couched as nursery rhymes to the fear that wolves will wipe out cattle herds. That emotional but not factual response is now mostly in the past. Now, wolf watchers in Yellowstone often become emotionally bonded with this, one of the most amazing species of North America.

Majestic. Proud. Regal. We use many words to describe wolves that reflect our own views of the species. But in many ways, seeing a wolf in the wild provides more insight into ourselves and our own role in nature. While many visitors to the park depart without a glimpse of a wolf, those that do spy a wolf are often profoundly changed.

Please consider joining us on our Yellowstone Wolf & Snowshoe Adventure.