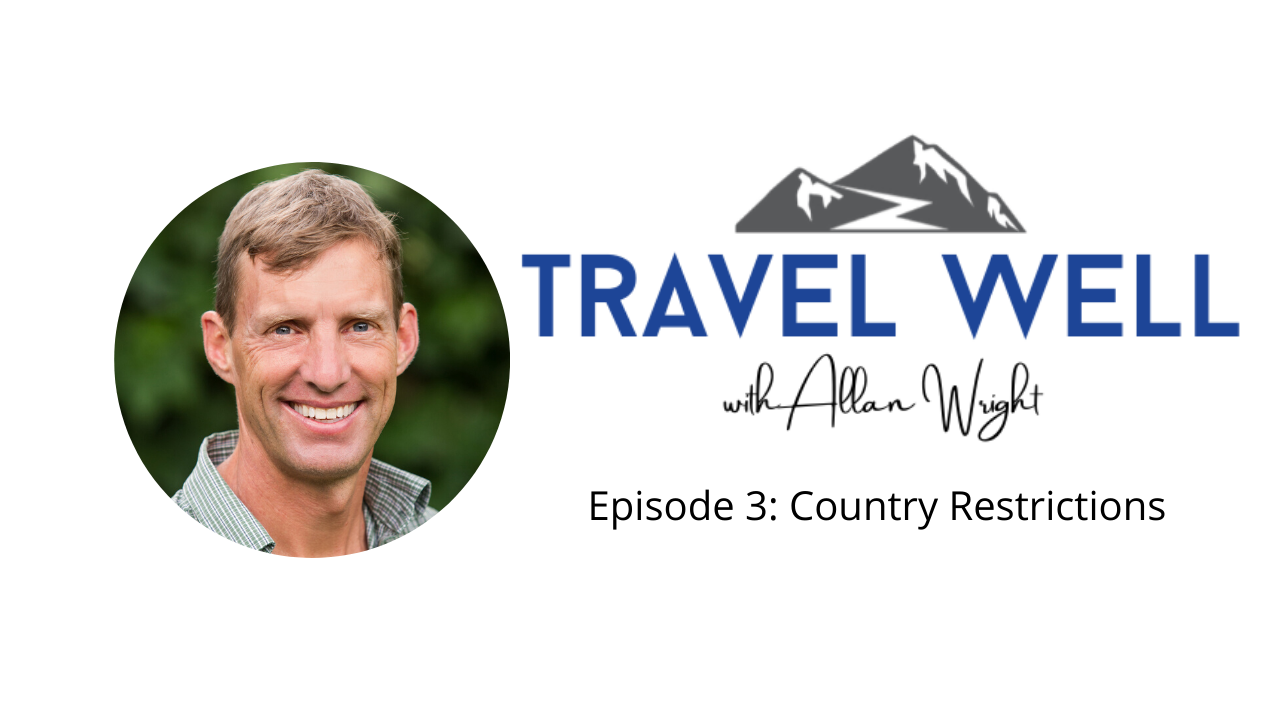 Welcome to the third episode of the Travel Well with Allan Wright!

In this episode, Allan discusses the latest news in international tourism during the pandemic and the most current country restrictions.

Not on our email list already? Subscribe now to get our weekly travel news updates delivered directly to your inbox.

Hi, my name is Allan Wright and this is the third Travel Well with Allan video update. Today we’re going to tackle international tourism and I will group this into four different types of countries.

And then you have countries that are trying to encourage tourism in some way. Iceland is paying for tests upon arrival for visitors through the end of June and then charging a nominal $112 fee which seems reasonable for visitors.

After that, you’ve got the area of Cyprus in Greece which is going to pay for your costs if you do get infected while you’re there.

And then you’ve got Sicily in Italy which actually has a fund that it will be used to pay for hotels and activities for visitors.

So you do have some countries that are implementing policies to encourage tourism but that always depends on first reopening to them.

And then your third category are those countries near theUnited States. You’ve got Mexico that is really would like to have US tourists visiting and we’re number two on their reopening list after domestic tourists but like Canada, that border is closed through at least July 21st and very likely will be extended later.

And then you’ve got Jamaica which is having a online risk assessment you have to fill out and then you get either accepted or rejected essentially immediately which will allow you to enter the country. However, you still might be required to undergo a test if you’re coming from the United States or other high-risk countries.

And then the final group are are the oddballs you’ve got Cambodia which is now talking about charging people a three thousand dollar deposit to pay for costs if you get sick while you’re there welcome to our country but if you get sick we don’t want to have to pay your costs.

In the end, most countries are still not open to international tourism and the CDC is recommending against all non-essential travel worldwide for Americans.