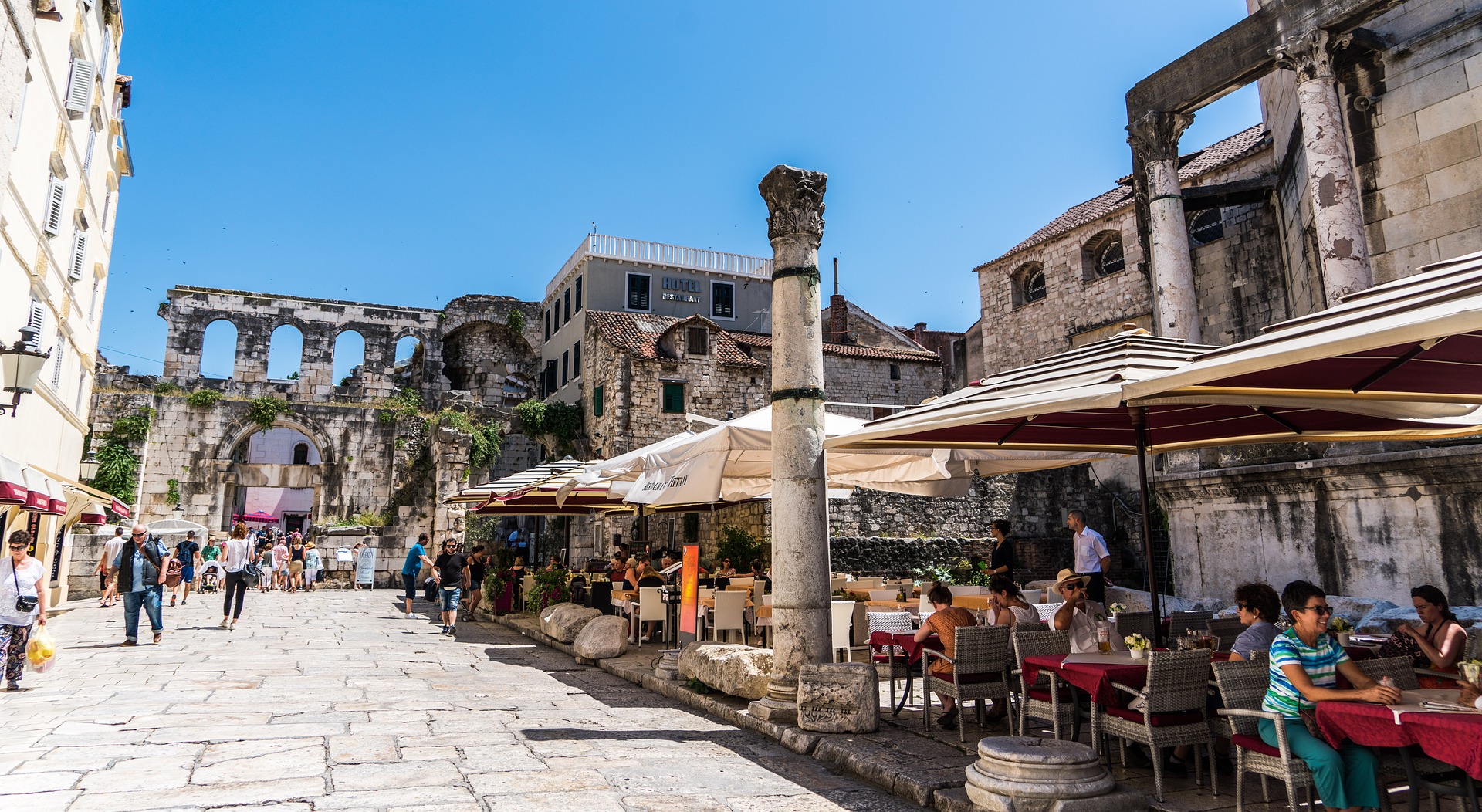 I have a combination of vague recollections and specific memories of my travels through Croatia 29 years ago.

I was on my first-ever trip outside North America, during the summer after my junior year in college. I was traveling solo, since my good friend and planned travel companion had bagged out on the trip too late for me to make other plans. Having started in Amsterdam, I was making my way south through Germany and Austria into what was then Yugoslavia on my way to Turkey.

I had a small budget and carried a tent, Eurail Pass, and youth hostel card to cut expenses. I was seeing the real Europe.

My memories of Croatia are outstanding. I remember ancient towns, winding streets, beautiful coastlines, and enchanting islands. I remember whitewashed buildings, lots of sun, and interesting cuisine.
But it is the specific memories that stay with one decades after traveling.

I remember standing on the famous gargoyle in Dubrovnik, the face of an owl, that is not only polished smooth from millions of visitors’ feet but also very narrow and slanting outwards. If you are able to stand on it, you will supposedly have good luck for the remainder of the year.

I recall wandering old town centers in the cities of Split and Dubrovnik, two excellent examples of why the long, long coast of Croatia feels like it belongs on the Mediterranean, although actually, it is on the beautiful Adriatic sea that separates Italy from Croatia.

My days spent island hopping in the Adriatic are fond memories. I would camp in low-cost campgrounds, take ferries for my transportation, and splurge each evening by eating one inexpensive meal out in a local cafe. The meal that most comes to mind was in a pizzeria, where not only was I introduced to single-serving pizzas one ate with a fork and knife but, for the first time in my life, I found a fried (actually baked) egg in the middle of my pizza!

I remember being offered a beautiful red, white, and blue t-shirt by a local vendor with text in a non-decipherable language. It is so difficult to find a souvenir t-shirt written in the local language rather than in English but when I asked the meaning and was told it said Free Croatia, I decided I should play it safe and not purchase a shirt promoting politics I knew nothing about. (Croatia split from Yugoslavia and became its own country a short four years later.)

Croatia at that time was a magical place with beautiful seaside vistas, romantic old towns, interesting cuisine, and welcoming people. It was certainly not unknown as a destination for travelers back then but in recent years its charms have taken hold of the imaginations of many Westerners making it one of the top travel hotspots worldwide.

We visit many of these Croatian seaside destinations on our Croatia Multisport Adventure. I invite you to join us and, if you are really good, perhaps you’ll receive luck for the remainder of the year if you can balance on Dubrovnik’s standing stone.