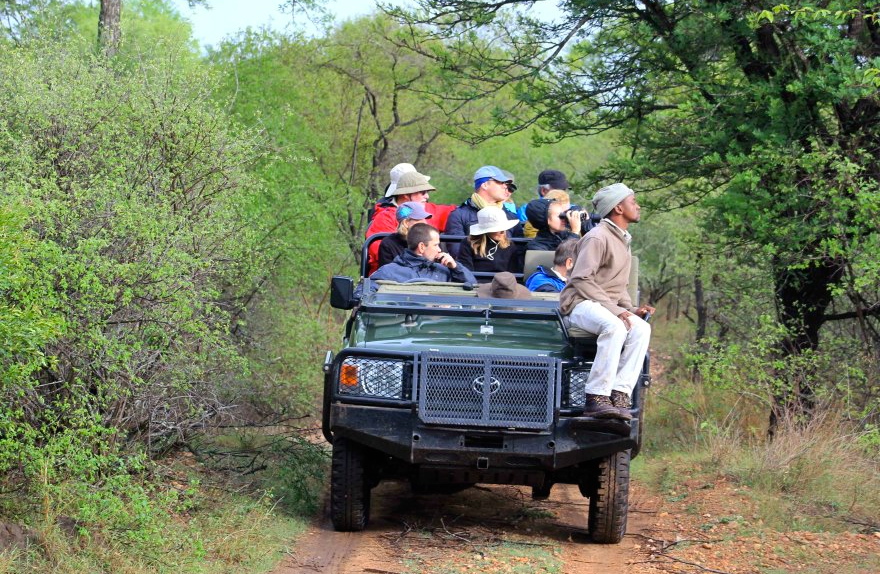 Safaris are an amazing way to observe wildlife in their own natural environments. Many people who go on an African safari rank it as one of the best things they have ever done in their lives. But what many people don’t know is that there are two choices when it comes to going on a safari: a National Park, which is open to the general public, or a privately-owned reserve, which is more exclusive.
We’ve outlined a few benefits for both kinds of safaris to help you decide which one is the best fit for you.

As you can see, there are perks to both options. This is why Zephyr offers adventures that feature safaris in both national parks (in Tanzania where we see the Great Migration) and private game reserves (in South Africa). (See this post on the differences between Tanzania and South Africa.)
This year we are heading to the private Thornybush Game Reserve on the South Africa: Hiking, Wine, & Safari Adventure. Spots are filling quickly for this adventure, so book your trip today!