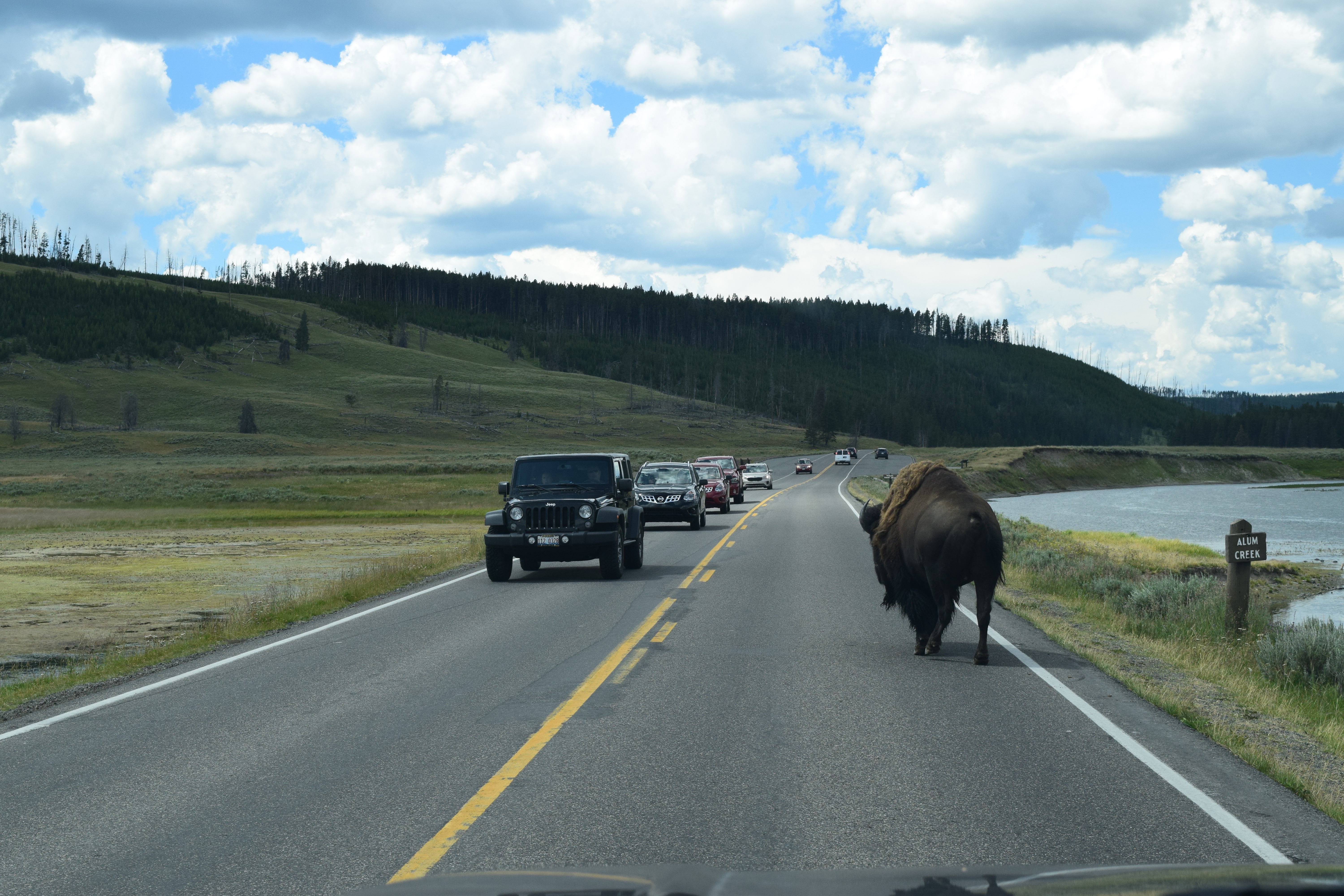 We’ve all seen them – tourists contorting their bodies and smiling while they stretch their arms out to snap the “perfect” picture to prove they were there. And honestly, I know I’ve been guilty of snapping a few of myself from time to time. Love’em or hate’em #selfies are happening everywhere.

Recently on our Yellowstone Multisport & Beer Adventure, our group had the opportunity to hike to the beautiful Fairy Falls, pictured here.
Coincidentally, that same day at that very trail head, a woman was tossed by a bison. The woman had decided to try and take a selfie of her and her daughter with a bison about 6 yards away.  The bison didn’t take too kindly to it, charged, and lifted the woman with its head. She was taken to the health clinic near Old Faithful and was thankfully released with only minor injuries.
This was the fifth incident of someone getting injured from approaching a buffalo this season, and the third of those due to trying to take a photo with the animal. Though Yellowstone National Park has not officially banned the selfie or selfie stick (a device that allows one to connect your phone to an extension rod in order to take a better photo of oneself), they continue to warn tourists of the dangers of trying to take a selfie with a wild animal.
They’ve given the guidelines of staying at least 25 yards away from bison and other large animals — and 100 yards away from bears and wolves. I don’t know about you but even that seems pretty close given that these are WILD animals and can be completely unpredictable. The image at the top of the post is about as close as I’m comfortable getting to a bison and that was taken from our car during a typical Yellowstone bison jam. Unfortunately, I can personally attest from our trip to the park a few weeks ago, that there are a good number people that do not heed the park’s warnings.
Across the globe, destinations and organizations are beginning to try and lay down the law by banning selfies to try and keep not only the people, but the animals or fragile locations safe. Here’s a few locations that have done so already:

Some locations haven’t full on banned taking photos of yourself but have taken an initial step of banning the use of selfie sticks:

Clearly if these destinations and organizations are banning selfies and selfie sticks, there is a reason.  If you would like your picture taken at one of the many breathtakingly beautiful and awe-inspiring locations that Zephyr visits, please don’t hesitate to ask one of our guides to take a photo for you.  We’d be more than happy to take your photo … and we’ll even make sure there aren’t any dangerous animals ready to charge while we’re doing it!
Stay safe out there!