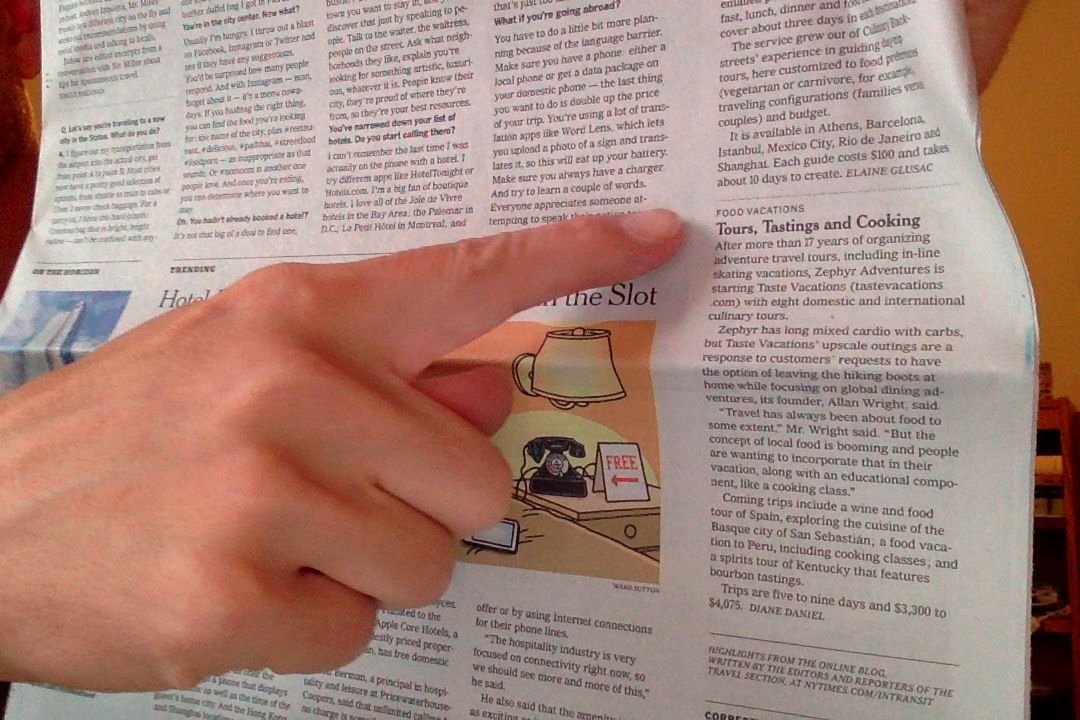 Taste Vacations, the new food, wine, beer, and spirits tour company from Zephyr Adventures, was included in today’s New York Times travel section.
I would like to say we were “featured” in the paper but the article was just a few paragraphs. Still, the New York Times is one of the best locations for a tour company (or any company) to appear in print and we have already received information requests from all over the country from this one article.
The article focused on Taste Vacations’ food tours and the New York Times’ interest in this shows how hot food in general and food tourism in particular is right now. Cooking shows are immensely popular on television, eating local is a priority for many people, and food tourism – actually engaging with local producers while you are traveling – is also on the upswing.
Consider joining Taste Vacations’ 2015 food tours in Peru, the Basque country of Spain, or Tuscany in Italy!