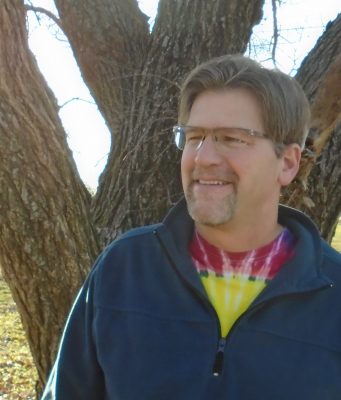 Jeff, an outdoor enthusiast who calls Denton County, Texas home, doesn’t claim to be the reason Rand McNally named Denton one of the Best, Friendliest and Most Fun small towns in America, but he doesn’t deny it either. An inline skater since 1989 and former sporting goods retail manager, he led his first Zephyr tour in 2001 and continues to make time for cycling, running and paddling when he’s not busy with his gig in education (currently teaching high school math). Equally happy tinkering with one of his vintage Volkswagens, playing blues guitar badly or enjoying a craft beer with new friends, Jeff is always ready for an adventure – “Heck, I’ll try anything three or four times!”

“Jeff is so sweet and calming. He’s a lot of fun, too.”
“Lots of fun, organized, flexible and relaxed! Hope to be on another trip with him again!”