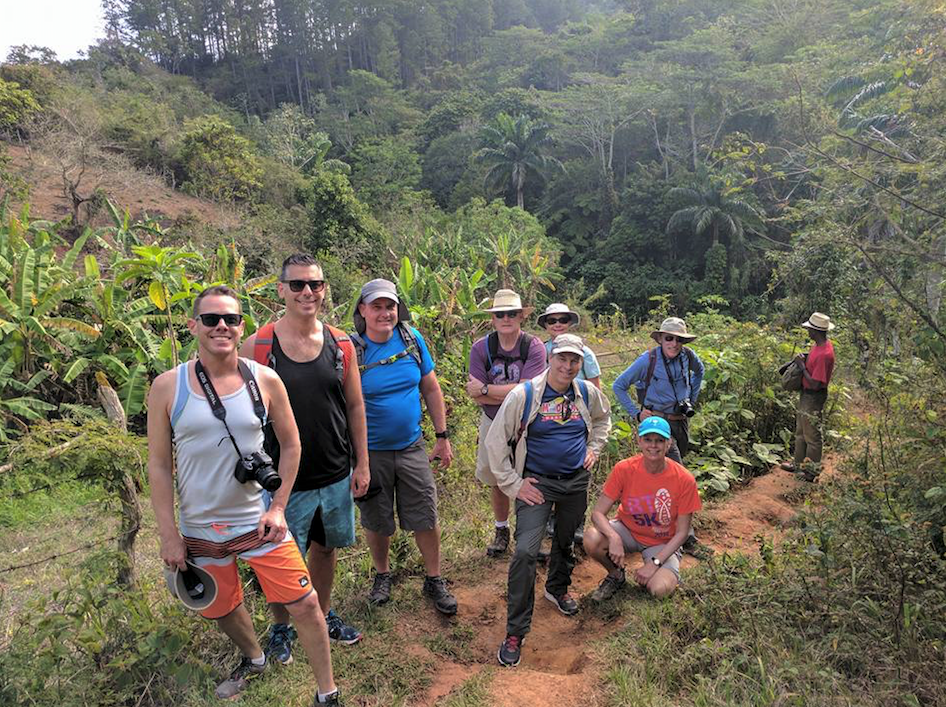 I recently returned from Zephyr’s first-ever people-to-people adventure to Cuba with a group of nine remarkable alumni.  I tried to go with as little assumptions or expectations as possible so that I could really experience the Cuban landscape, food, and culture for what it is rather than what I’ve been told it is. Even so, I was pleasantly surprised at what I found across the board.
I was captivated by the things I saw, the people I met, and the experiences we had. Though almost everything held my interest, here are five surprises that we encountered during our time there:

Though I tried to go to Cuba with very little expectations, one thing I did expect (as I typically expect going to basically any other country) was to hear some sort of animosity towards the United States.  We are a very large country and have influence, good or bad, all over the world. Though Cubans expressed their concern with our current president and what that means for Cuban/American relations, anyone we spoke with shared their hopefulness for the future of our two countries. Almost every person I met was genuinely friendly and welcoming.

Transportation around the country

I knew I would see the classic cars (or as Cubans call them, old cars) in Havana, specifically in the touristy areas, but I was surprised to see them consistently throughout the country. Cars are very expensive to own and therefore not a lot of people have them. We also found out that for every one car, there are 38 Cubans. Because of this, Cubans are getting around by any means they can, including bicycles, bicycles taxis, buses, old military trucks, and even horse- or oxen-drawn carriages. It was very common to see people on the side of the road, including highways, waiting to hitchhike their way to their destination.

Committee for the Defense of the Revolution (CDR)

While in Cienfuegos, our group was invited to a neighborhood party to meet with a local CDR (Committee for the Defense of the Revolution). These are a system of neighborhood organizations that were created to be the “eyes and ears of the Revolution” after an attempted attack on Fidel Castro in 1960. Castro proclaimed it “a collective system of revolutionary vigilance,” established “so that everybody knows who lives on every block, what they do on every block, what relations they have had with the tyranny, in what activities are they involved, and with whom they meet.”
Though there is still secret policing going on, the group of people we met with used their CDR more as a way to support and take care of each other. For instance, if an elderly person is sick, they organize meals to bring to the person and make sure they can get to a doctor. None of us Americans knew of CDRs prior to coming to Cuba and were surprised that we had been invited to their gathering. After an enthusiastic welcome and short presentation by the leaders of the CDR, the music started and we had a dance party in the street. It was an intriguing peek inside the everyday lives of real Cubans and something I don’t think anyone from our Zephyr group will forget.

Prior to our trip, I had read many blogs about other people’s experiences while visiting Cuba.  If there was one theme that tied them all together, it was that the food in Cuba is terrible. It came as a very pleasant surprise that most of our meals were quite good with a few being outstanding. Though we typically had the same meal options at each location – pork, fish, or chicken, and a ham and cheese sandwich for lunch – they were prepared well and certainly weren’t lacking in portions.
This surprise is due to the fact that we visited mostly privately-owned restaurants or paladars, rather than the government-owned establishments. Paladars are a fairly new concept as it was illegal to operate a privately-owned restaurant or B&B up until about six years ago. Now that it is legal, Cuba seems to be really finding its footing in the culinary world, though it is still a long way from offering “gourmet fare.” Unfortunately though, we did learn that all of the good food is going straight to the tourists, leaving the less savory or lower quality food for actual Cubans.  I am hoping that things continue to change and Cubans can begin to have access to better food soon.

Something that I still can’t quite wrap my head around is seeing palm trees growing directly next to pine trees.  In my mind, pine trees grow in cooler climate forests while palm trees belong on beaches. It was an interesting surprise to find both palm and pine trees mixed together all over Cuba including in Las Terrazas and Topes de Collantes Biospheres. The picture above makes it a little hard to tell because everything just looks green, but while hiking you can certainly catch the lovely scent of pine when the wind blows just right.

I am still processing everything we did and saw while in Cuba but one thing is for sure, I am truly excited to go back this coming December!

Join us this December as we head back to explore Cuba on a people-to-people adventure! Only one spot remaining!

2 thoughts on “5 Fascinating Surprises from our First Cuba Adventure”